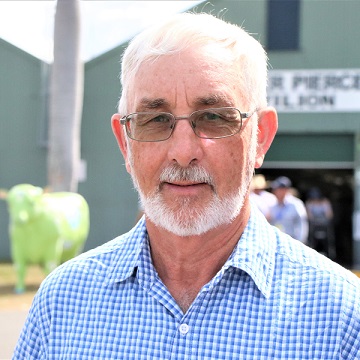 Paul Saward is a partner in his family’s beef operation, Redpasture Beef. The company has properties at Redpa and Marrawah in Tasmania where the Saward family breeds and finishes cattle to supply Greenham’s premium pasture-fed brands.

Paul has been a member of Tasmanian Farmers’ and Graziers’ Association Meat Council since the late 1990s and was chairman of the TFGA from 2000-2003.

Paul represented Tasmania on the Cattle Council of Australia board in 2004 and again 2007-2015. He was also CCA Treasurer during that time and regularly acted as Vice President. He has previously chaired the Animal Health, Welfare and Biosecurity Committee and has sat on the Industry Systems and Food Safety Committee for CCA.

Paul has also served on the Meat Standards Australia Taskforce and the Cattle Disease Contingency Fund board, including as chair.

Paul Saward is seeking reelection after returning to the Cattle Council board of directors in 2019.